I’ll be appearing at the Wimbledon Synagogue on May 13 alongside the excellent Sarit Aloni and the Shirat-Hayam choir as part of an evening of Ladino music.

I’ll be duetting with Sarit and playing some solo numbers.  It’s beautiful music, if you’re in the area come along. 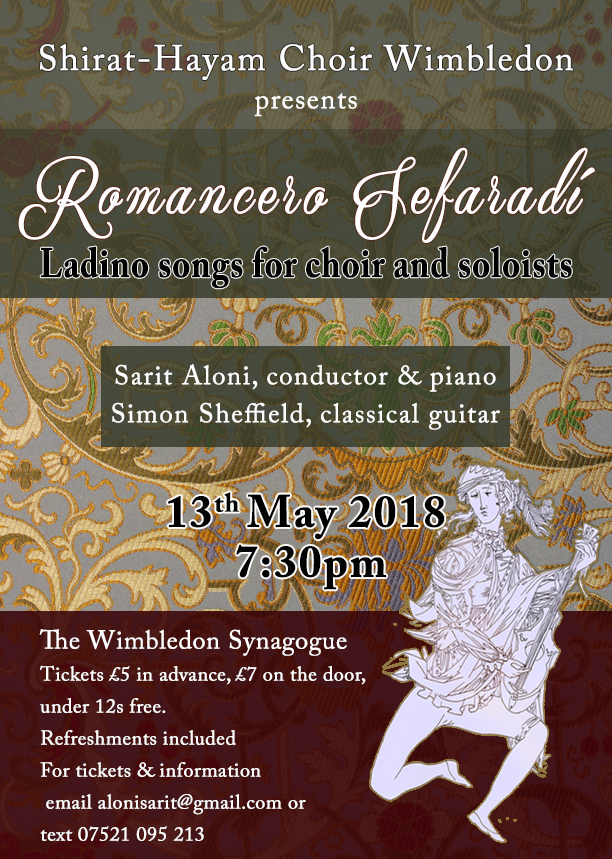 I’ll be appearing at Lewisham People’s Day on Saturday, July 10th, at 5pm, on the Festival Folly Stage, which can be found in the Green area.  It’s billed as an acoustic / singer songwriter / spoken word kinda vibe.  I’ll be playing a couple of my songs, a couple of covers and a smattering of south american guitar stuff.

As ever People’s Day is free and packed with bars and food stalls. See you there!

I played a short pop set at the Icarus Club night in Hither Green, South East London recently.  Should be  back there later in the year.

Staying in South East London I will be playing at Lewisham People’s Day on July 10th.

I played a short set of South American guitar music at Lewisham People’s Day 2009.  It was held in Mountsfield Park, Catford on July 11th.  I played the Acoustic Arts Stage, which had a nicely eclectic world music vibe.  Here’s a photo from the gig.

My set consisted of:

El Sueno De La Munequita and Villancico de Navidad (both by Augustin Barrios Mangore, from Paraguay.   I’m planning to send my versions of a few of his pieces to Roque Santa Cruz one of these days!)

Carnavalito (a traditional piece from Peru arranged by Jorge Morel)

I will be playing a set of Spanish and South American guitar music on the Village Arts Centre stage at Lewisham People’s Day 2009.  The stage is apparently in an Indian wedding marquee, next to a cake and ale stand.  Nice! Entry is free.

It’s taking place on July 11th, and I’m on at 5.30 pm. I’ll be playing music by people like Antonio Lauro from Venezuela, Agustin Barrios Mangore from Paraguay, and Brazilians like Villa Lobos.  (You can listen to me playing some of this kind of stuff on myspace: www.myspace.com/whatpie).

The address is Mountsfield Park, Lewisham, London.  You can usually get some nice caribbean food too.